As we know, sleeping well and soundly seems to decline as we age. Middle-aged and older adults often wake more frequently at night, wake too early in the morning, and sleep less deeply.  In fact, studies have shown that nearly 60 percent of older adults have some kind of chronic sleep disturbance.

Of course, getting a good night’s sleep serves a number of important functions for our bodies and brains. Although our bodies rest during sleep, our brains are active. Researchers think that sleep benefits the brain by removing metabolic waste that accumulates in the brain during wakefulness. In addition, it has been shown that certain memories are consolidated, moving from short-term to long-term storage during periods of deep sleep.  Since disturbed sleep can lead to trouble concentrating, remembering, and learning, in older people, disturbed sleep may have more dire and long-lasting consequences.

The subject of sleeping problems and its relation to a risk of cognitive decline has become a topic of interest amongst those who treat and research Alzheimer’s disease and dementia.  In fact, scientists are beginning to probe the relationship between brain changes involved in poor sleep and those in very early-stage Alzheimer’s, given that both the risk for disturbed sleep and Alzheimer’s increase with as we age.

It’s long been known that people with Alzheimer’s often have sleep problems, in part due to the fact that they experience confusion and often have their days and nights mixed up.  But one question that remains is if improving sleep with existing treatments might help memory and other cognitive functions, and even perhaps delay or prevent Alzheimer’s. 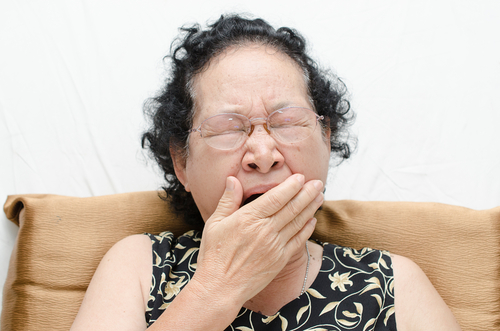 What Is The Connection Between Poor Sleep And Alzheimer’s?

Scientists believe that a buildup of the beta-amyloid protein in the brain is an early biological sign of Alzheimer’s, which also causes disturbed sleep.  However, recent evidence suggests the opposite may also occur; that disturbed sleep in cognitively normal older adults contributes to the risk of cognitive decline and Alzheimer’s disease. 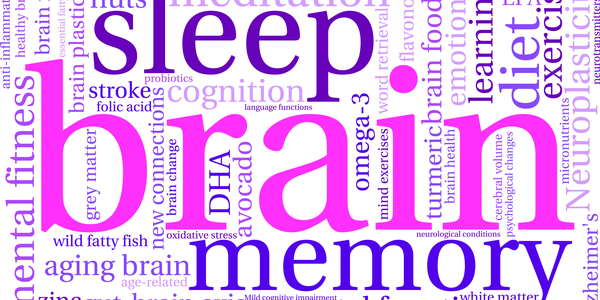 Sleep Problems In Your Loved Ones With Alzheimer’s And Dementia

Sleep Changes Are Normal In The Elderly:  Realizing that even healthy aging adults do experience changes with their sleep as they age can help get to the bottom of typical sleeping issues. Although sleeping changes are considered a normal part of aging, lighter sleep means it’s easier for aging adults to be woken up or disturbed by any other sleep-related disorders or problems, such as arthritis pain or other physical ailments. Aging is also associated with something called a “shift in the circadian rhythm,” so it is typical for seniors to find themselves sleepy earlier at night and waking up earlier in the morning.

Many Sleep-Related Disorders Simply Become More Common When Aging: Common sleep-related disorders include sleep apnea and related conditions affect 40-50% of seniors, as well as restless leg syndrome.  Additionally, for those living with Alzheimer’s and other Dementia’s, brain deterioration associated with various forms of dementia tends to affect the way the brain sleeps, causes less deep-sleep time, and more awake time at night.  Lewy-body dementia and Parkinson’s are also associated with sleep disorders, which can cause abrupt movements during sleep and can even emerge prior to cognitive issues surfacing. 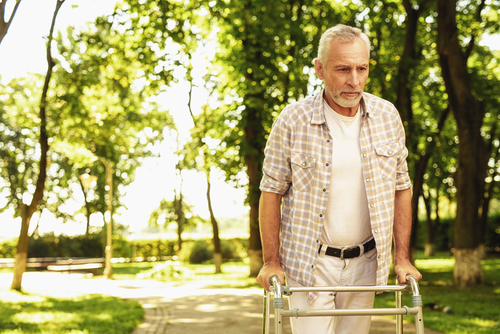 The exact approach to improving sleep in a person with Alzheimer’s or another dementia will depend on what underlying factors are causing sleep problems. Still, certain general approaches have been found to improve the sleep of many people with dementia. These include:

To conclude, while most seniors develop sleeping issues as they age, many older adults have health problems that prompt night-time awakenings.  Those living with Alzheimer’s and other dementias are likely to be affected by any of these factors that change sleep in older adults, but dementia brings on extra changes that make night-time awakenings even more common.

The positive news is that sleep disturbances are something that can be worked through; for those living with Alzheimer’s, improving sleep is possible.  Achieving a better understanding of this complex issue can help in making a difference in the quality of life for our loved ones.

© 2022 All rights reserved
Scroll to Top